Pupils from all three school were treated to a talk from Martin Jones about the life and times of a local farrier during WW1. You can read more about this below and in the section of this website entitled ‘Local Stories’.

Photos from the War-Horse talk at Lydiate Primary 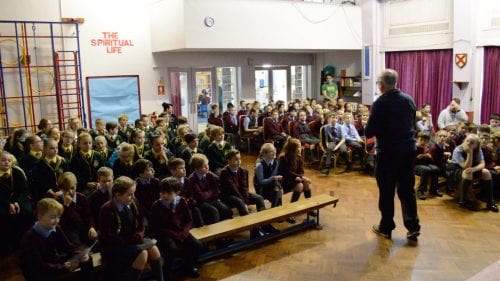 'Martin's Talk' by Olivia and Hosanna

A man called Martin Jones came to our class to talk about World War One. Martin was talking about a man named John Westhead, he was a man in the war who was over aged to go but still did! John had three daughters and a lovely wife. Martin had a friend who has sadly died. He went to his friend’s house shortly after he had died and found John Westhead’s objects, letters and medals from World War One…

Martin took the things he had found and kept them. He read each and every letter and examined every object intrigued to find out more about John. Martin showed us pictures of the letters and we found them very interesting. Our class was very surprised when we found out that Martin’s friend was John Westhead’s grandson! John Westhead had died in 1916 when a bomb hit him as he was sleeping. It was really interesting to hear all about the life of somebody who had lived through the war and the impact this had on his family.

On our Remembrance Day service, Martin came as a special guest to our school. He talked about the animals in the war. He talked about one particular dog called Sargent Stubby (I found that a funny name for a dog!) who was taken to war and was very helpful in the battles. Sargent Stubby sniffed out bombs, gas attacks, and the enemies coming towards them! Now that’s a clever doggy! This helped us to understand that many lives were affected by World War one, including the lives of animals.When you think of a poppy, you think of a red one, but if you’re remembering the animals, the colour of the poppy is purple!

It’s important to remember the soldiers so the future generations don’t forget these events. I think the soldiers and the animals were very brave going to war like that and I wouldn’t ever be brave enough to do it. Thank you Martin for your wonderful talk about John Westhead and Sargent stubby; I found it extremely interesting and I think the rest of year 5 did too!

To go to the war you had to be 40 or younger, John was 42 and he was a blacksmith. He ended up going to war even though he was over age. John went to war because the war needed more blacksmiths, so John volunteered. Really the war was running out of maids, black smiths and cooks, so in the end they took almost anyone.

Unfortunately, John suddenly died 2 years after the Great War had started, he died because of a disease and trench foot.

Martin also told us about a dog in the war! It was found in the middle of a field. When he was found, he was very muddy but excited. Martin talked about the dog because he was very brave and he saved lives of the American soldiers – he even recognised accents! That’s how dogs and horses got into the war. The dog was named Sgt Stubby. One time in the Great War, Stubby saved a number of soldiers. A gas bomb had been thrown at the land and only Stubby noticed, therefore, he alerted the other soldiers by barking. He told them just in time for them to put on their gas masks. That day Stubby saved 121 lives by barking. He had been a hero from then, otherwise we would have lost the war. Stubby died 1 year after John from a bomb.

My favourite bits where talking about Stubby and the soldiers; men were so brave going to the war! 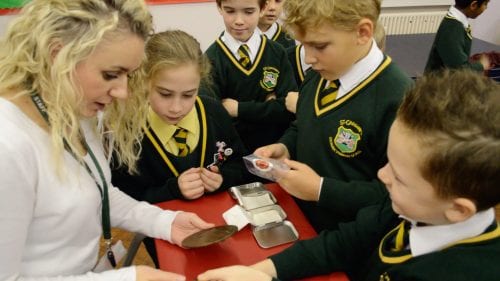 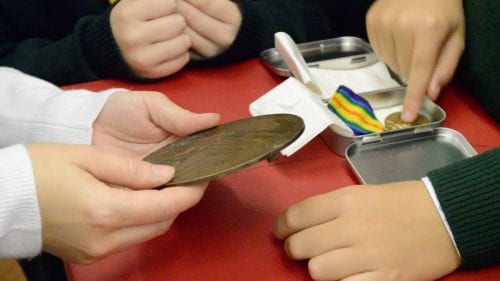 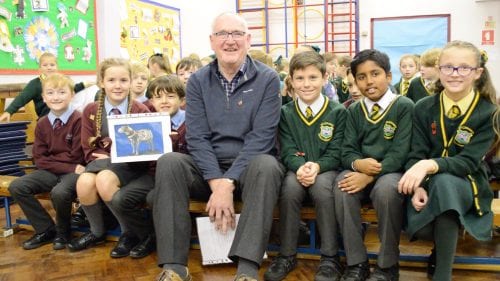 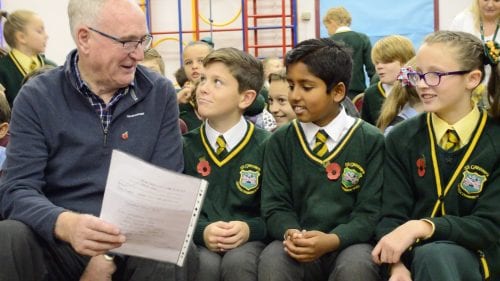 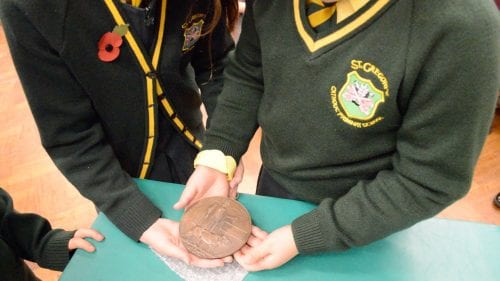